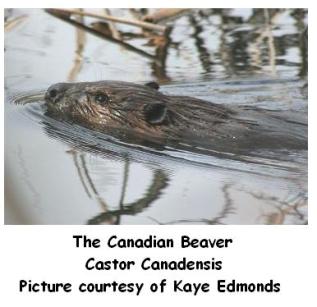 The North American Beaver, Castor canadensis, is the only member of its species in Canada, although there are a number of sub-species.

One of the reasons that North America was first colonized by Europeans was the abundance of natural resources, such as whales and fish off the shores of the Maritimes, huge pine trees for use as the masts of ships and rich, warm furs.

Although the early explorers and settlers realized that Canada wasn't a short-cut to China and Japan, nor was it going to be a quicker way to get spices and silks back to Europe, they did realize the potential of the Beaver for the manufacturing of hats. 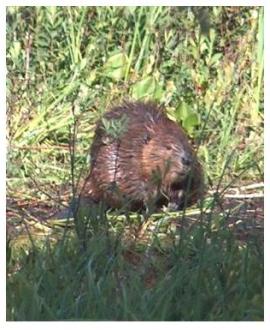 Yes, hats! Can you imagine that millions of these rodents were hunted and killed to satisfy the European desire for fur top-hats!

In the late 1600s and early 1700s, the fashion demanded fur top-hats, which needed beaver pelts.

As these hats became more popular, the demand for the pelts grew and explorers were sent deep into the wilderness of North American to trap and trade for furs with local natives.

The Hudson's Bay Company put this animal on its coat of arms in 1678 - which shows how important it was to their business.

Even in the 20th Century, a magazine published by The Bay is called "The Beaver"

This busy rodent can weigh between 33lbs and 77lbs, with an average weight of about 44lbs.

They are considered semi-aquatic and are perfectly suited to this lifestyle - they have a large paddle shaped tail and webbed hind feet for efficient swimming, and they have front paws which are not webbed, but have claws.

Their eyes are designed for seeing well underwater, with a special membrane for this purpose, called a nictitating membrane.

Their ears and nostrils are capable of closing while the animal is underwater and they also have a layer of subcutaneous fat under the skin which helps keep them warm in their underwater habitat. 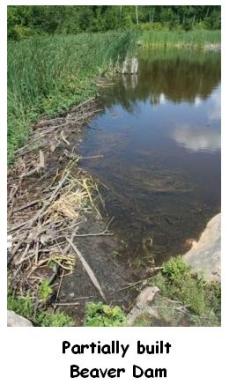 The Beavers build dams in rivers and streams which form ponds where these industrious creatures build their lodges.

Their lodges are accessible from below the water level and are their home and, like the dams, are made of sticks, twigs and mud.

The bark, leaves, shoots and twigs are all sources of food.

Their fur is a double coat which has longer, course outer hairs, and short fine under-fur, and is usually dark brown.

These creatures have special glands near their genitals which secrete a substance we call castoreum which the animal uses to waterproof its fur.

Mating takes place in the winter, usually in January and February, and Beaver couples mate for life.

The babies, are born in the spring, from April to the end of May, usually 2 - 3 but up to 8 at a time, which are weaned by the time they are two months old, however, they stay with their parents for two years to learn the business of dam and lodge building, before leaving to become independent.

The current population is thought to be around 10 to 15 million animals, whereas before the beginning of the fur trade, it is estimated that there may have been as many as 200 million individuals. 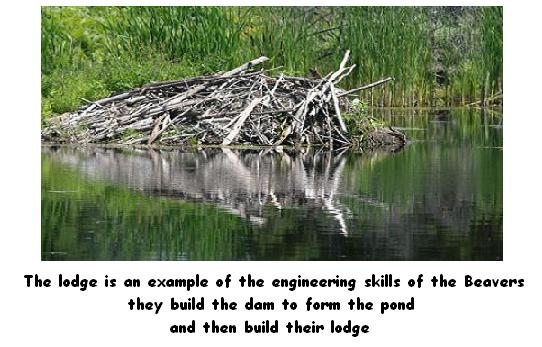 Lots of information about these interesting animals

Information on the Beaver