One of the most famous Canadian tastes, is Maple Syrup! 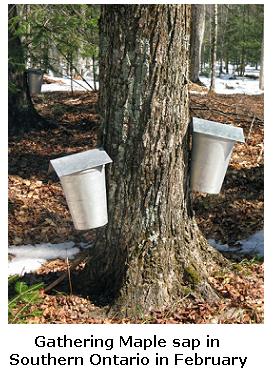 Harvested from Maple trees across Southern Ontario and Quebec this delicious treat is truly a taste of Canada - la bon sirop d'érable!

Not only is the leaf of the Maple tree the emblem of our country, this beautiful tree is widespread throughout this area of Ontario.

Each year, in late winter, just as the days are lengthening and the snow is melting, something wonderful happens deep underground.

Each morning, as the sun warms the trees, the system of vessels in the mighty Maple trees begin to raise sap up to the tree's uppermost branches, and in the evening the sap returns again to the roots of the tree where it is stored overnight.

It is this process that the Maple farmer taps into. 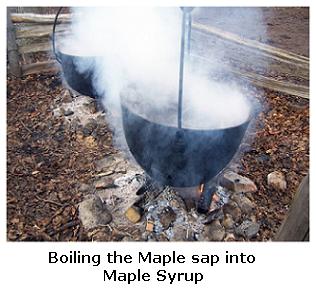 Long before the arrival of Europeans in Canada, our First Nations people were known to have produced Maple Syrup, made from Maple sap, which they harvested in late winter and early Spring.

They knew this was a source of nutrition and energy, and they had learned how to make a cuts in the Maple trees, to insert a reed, through which the sap ran into birch bark pails.

They had discovered that the watery, clear sap turned into a sweet, sugary, syrup if most of the water was evaporated. 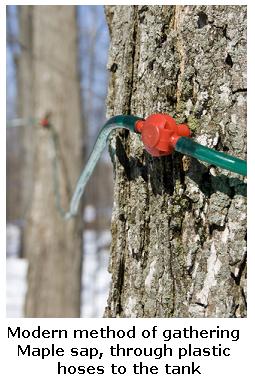 They did this by dropping hot stones into birch bark buckets of sap, causing the sap to heat and evaporate. This was repeated until they had concentrated the sap into syrup.

Alternately, the Native peoples used cooking pots to boil the sap which also eventually evaporated the water, and left the sweet, sticky syrup behind.

After the arrival of the European settlers, who were shown the techniques by the Native people, production continued.

The newcomers had brought with them their own technology, and so maple syrup was made by boiling in large metal pots.

The process of making this syrup was an important part of life to the new settlers, as this was their main source of sugar and had to last them through the winter time. 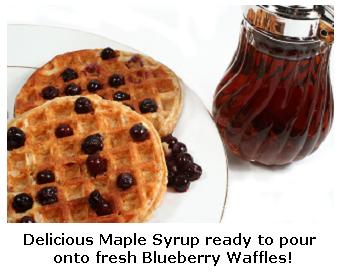 Today, the manner in which Maple Syrup producers harvest and make their product is basically the same as it was hundreds of years ago.

The farmer places pails underneath a spiggot which has been hammered into a hole in the tree, from which the sap drips out.

Amazingly, it takes 40 litres of Maple sap to make 1 litre of Syrup!

Some farmers today gather the sap by tubes through which the sap runs into a gathering tank, which is often some distance away, and which gathers the liquid from the whole Maple forest.

Even today, the manufacture of this delicious syrup is still labour intensive and lengthy, however, I am so glad that the farmers in this area still take the time and trouble to do this so we can all enjoy Syrup on our breakfast waffles and pancakes!

Maple Syrup World
You can purchase online Maple Syrup, Maple Cream, Maple Candy, Maple Sugar - they are delicious, but don't take my word for it, check out their website! 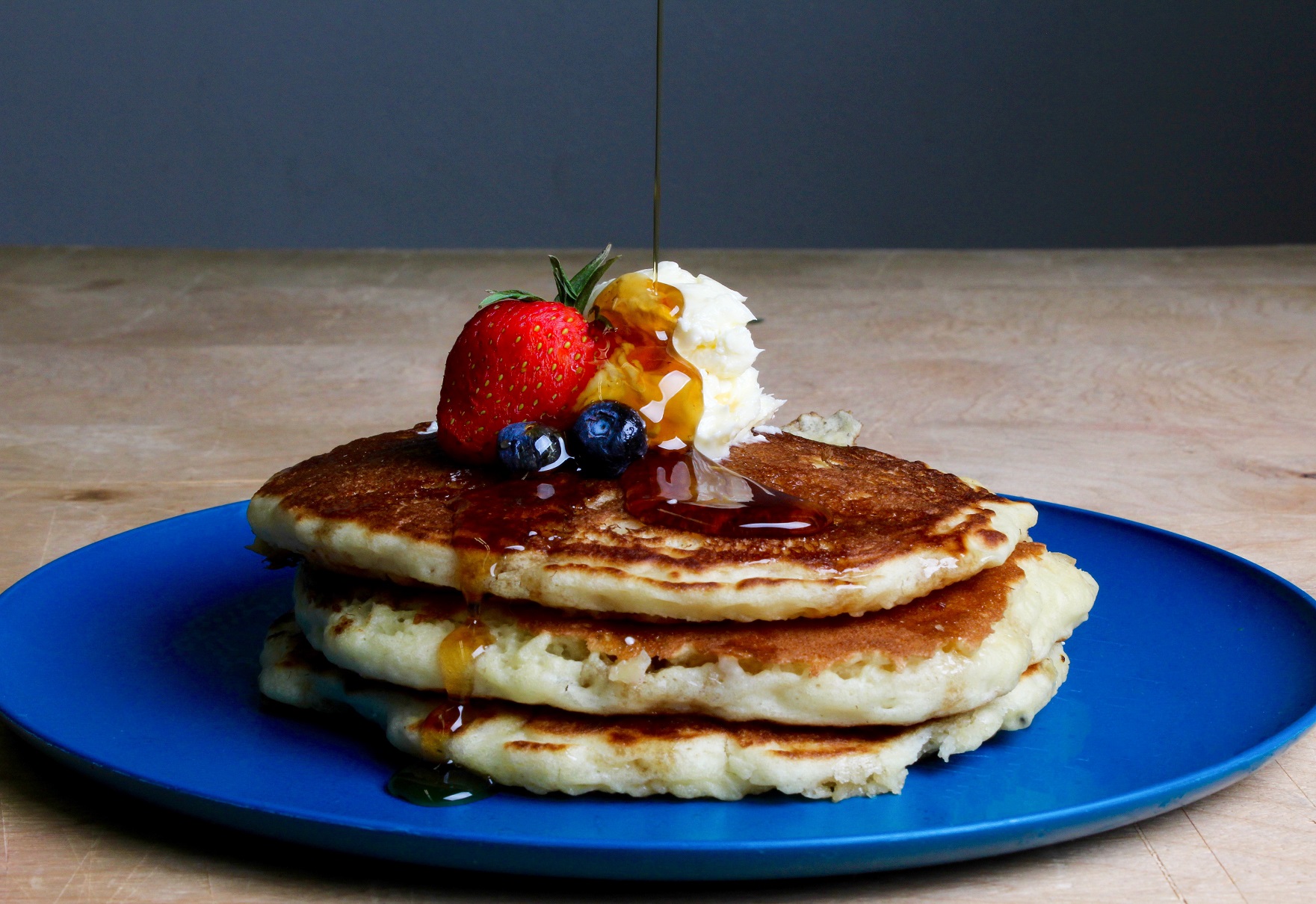 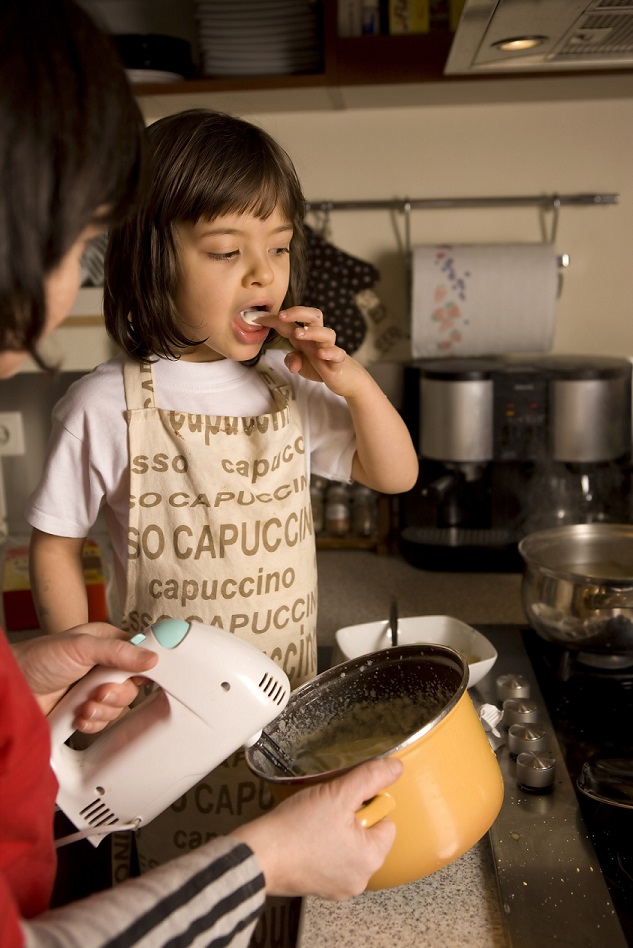